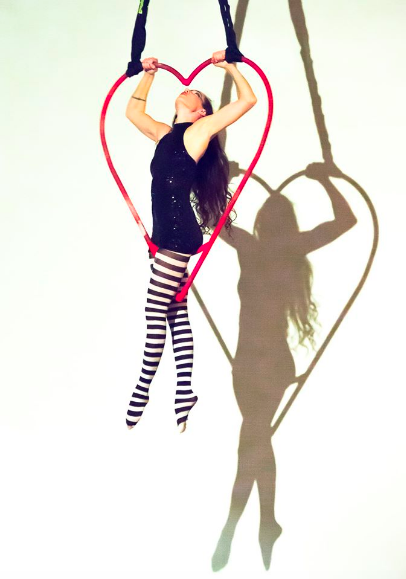 Angola Murdoch has been a professional circus artist and educator since 2003. While living in Montreal she completed the highest level of professional circus coaching certification and coached at the National Circus School. Teaching and performing circus has brought her to places like Hawaii, New York City, Italy, Croatia and South Africa. For the last 10 years she has been the artistic director for LookUp Theatre. This is what The Globe and Mail says about one of her shows  “The packed house of a mostly younger demographic was wildly enthusiastic in its response, and with good reason.”