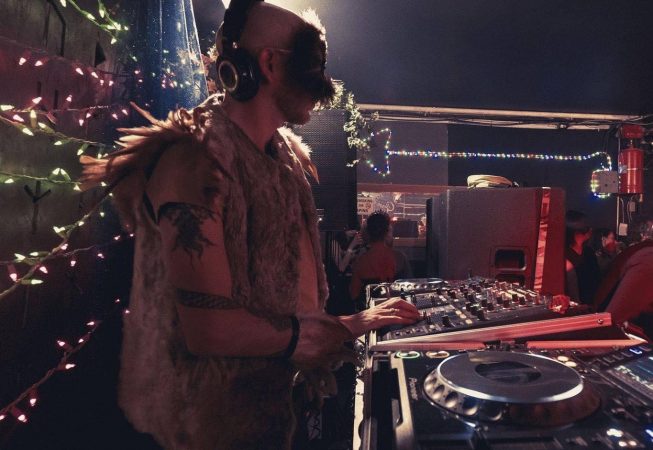 Some call it a religion; others a cult. Some say it will ensnare and pervert the minds of today’s brightest; others argue it offers a connection to something holy. No matter you opinion, one thing is inarguable: once you are touched by Steintology, you are never quite the same. Born Jonathan Stein, the DJ known as Steintology has always had a passion for transformational and eclectic electronic music. Well known throughout Toronto for his inventive and wildly entertaining events, Steintology always strives to push the envelope and expand upon the idea of a traditional party. His soulful and sexy blend of deep house, deep tech, and nu disco has earned him a loyal cult of “Steintologists,” and he has performed at a wide variety of popular Toronto events, including Geary Underground, Architextures, Secret Society Sessions, Playground, Honest Ed’s and ROUND, and he currently serves as the resident DJ for Toronto’s acclaimed Art Battle event series. Most recently he’s helping lead the Toronto based “Ark Car”. More than just a DJ, Steintology is a memory-maker; his music is the soundtrack to a night you will never forget.