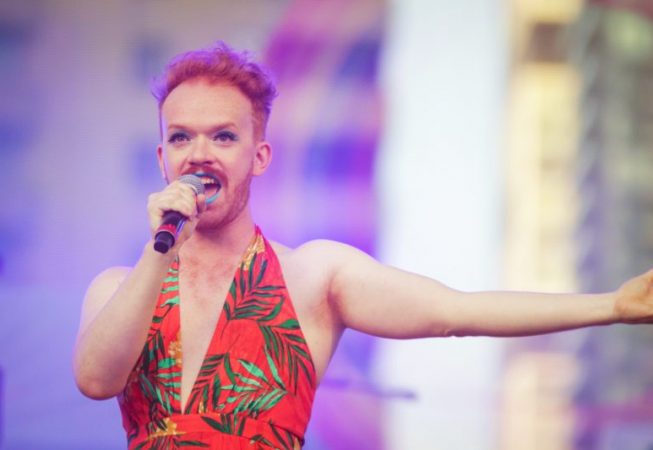 Johnnie Walker is a queer writer and performer from Toronto best known for his solo show Redheaded Stepchild, which has toured North America and is available in print from Playwrights Canada Press. Earlier this year, he performed a special 10th anniversary version of the show over Facebook Live as part of the National Arts Centre’s #CanadaPerforms series. His most recent play, Shove It Down My Throat, premiered at Buddies in Bad Times Theatre in 2019 as part of their 40th anniversary season. Johnnie wrote, directed, and starred in the short film Saturn Devours, which has screened at festivals in Los Angeles, Toronto, and Montreal and he was featured in an episode of the CBC digital series Queer (Self) Portraits.

Johnnie is also a DJ, event producer, and burlesque MC. He has hosted Buddies in Bad Times’ annual gala fundraiser ArtAttack! twice, Pride Toronto’s Drag Ball at Yonge–Dundas Square (featuring the stars of RuPaul’s Drag Race, Drag Race Thailand, and dozens of local drag performers), and spent over a decade writing and hosting shows for BoylesqueTO, which have toured across the country. Johnnie also runs HEY GIRL HEY, a monthly queer hip-hop dance party/drag show where all songs played must feature a female or non-binary artist.